WARNING: This article contains graphic images of wildfire damage, which may be triggering.

When the CZU Lightning Complex fires roared across southern San Mateo County last August, the three co-managers of Brisa Ranch dug themselves in for a fight. As neighbors evacuated, they hunkered down to try to save as much of their 12-acre farm as possible.

“We could see almost the whole thing coming at us for a 24-hour period. We created wide fire breaks around fields and homes. We used all the water in our reservoir, and we used water from the creek to put out spot fires with 5-gallon buckets over the next three days,” recalls Cole Mazariegos-Anastassiou.

With walls of fire burning unimpeded towards them from the south and east, on August 16, Cole, his wife and business partner Verónica and their business partner Cristóbal Cruz Hernández realized they were on their own. With limited firefighting resources, no one was going to help them save their organic farm, which they had just founded at historic Cascade Ranch in 2018 as part of an incubator program from Pie Ranch. They worked until past sunset, taking down trees and trying to create a perimeter around the most important structures on the property – and their croplands. They left the farm for their protection and returned the next morning to find that their perimeter had mostly held.

“You could see everything else burnt to a crisp. There was no vegetation standing outside of it,” remembers Cole.

That was the good news. The bad news was they lost 25% of their crops due to heat damage, plus the burnt patches from branches that had swept into their field. They lost equipment sheds with a lot of essential tools. Their entire irrigation system melted away, including metal irrigation pipes that ferried water from their reservoir. They lost a $1,000 air-conditioning unit. And they lost electricity for more than a month, effectively hobbling much of their operation.

Cole estimates that the fire cost Brisa Ranch roughly $50,000 at least in damages and lost revenue. “Plus, the opportunity costs. We didn’t know what we could plant, because we didn’t know if we would have enough water,” he explains. To add to their losses, August was prime time for both harvest and planting on many South Coast farms.

Stories like this reached Puente. Cristóbal Cruz Hernández, who is also a member of Puente’s Board of Directors, told them about Brisa Ranch’s struggles with rebuilding, trying to recoup insurance money, working with different agencies, and the widespread loss to infrastructure and he knew about other neighbor farms who had suffered great impact like them.

“And suddenly it just kind of hit everybody on the board at the same time: could we potentially use some of these fire relief funds that we have, to give back to businesses and organizations?” says Mark Velligan, president of the board, recalling that moment. Puente had already raised a little over one million dollars in the weeks following the CZU Complex Fires to support evacuees with housing, food and lost income. It now had an opportunity to allot resources for the hardest-hit local businesses and nonprofits.

WARNING: This article contains graphic images of wildfire damage, which may be triggering.

“It was just ashes” 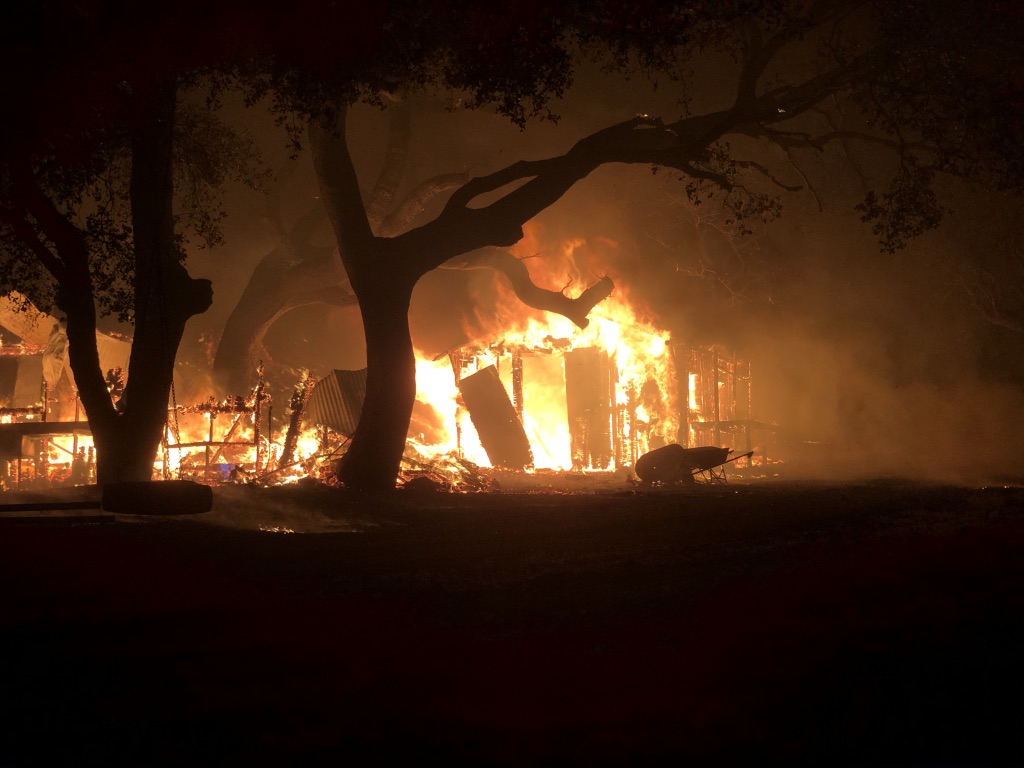 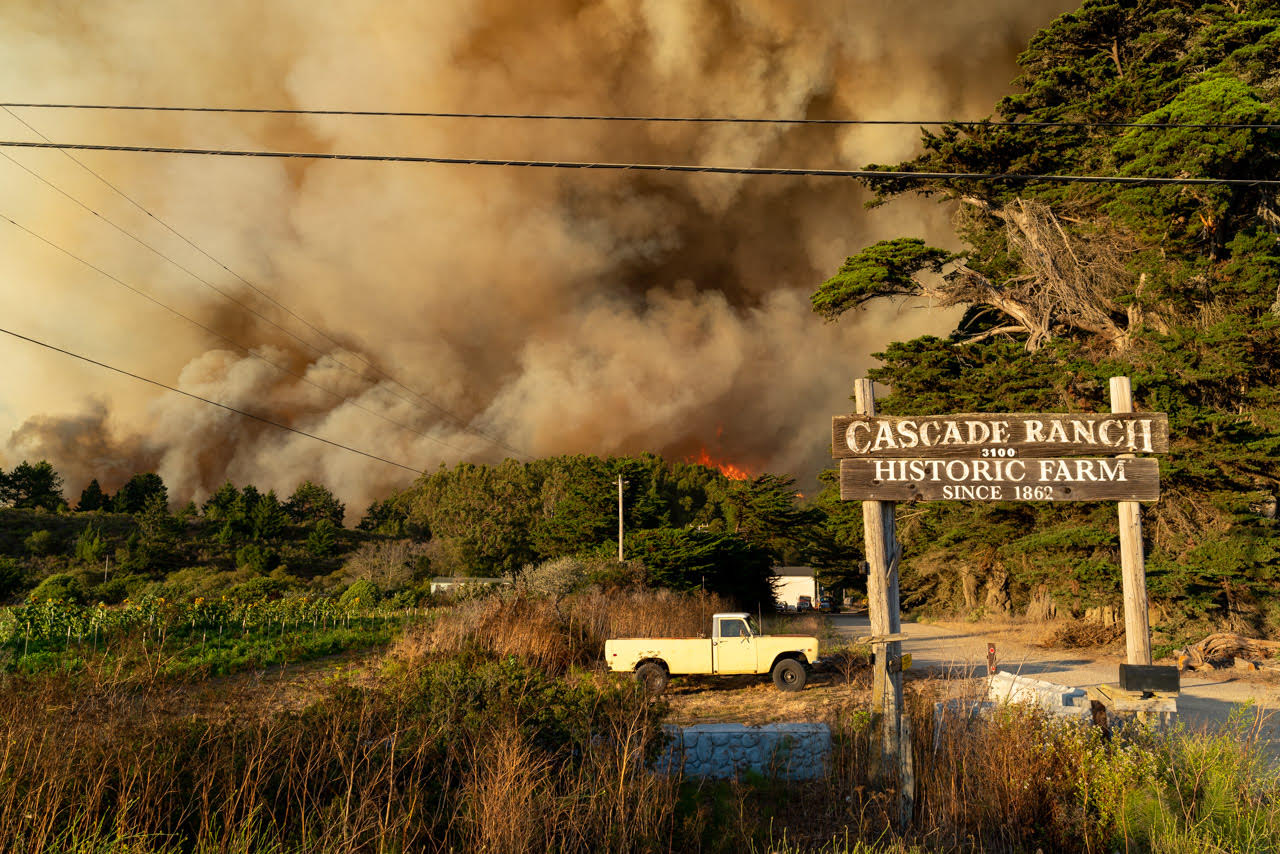 Puente quickly created a brand-new Fire Relief Fund that awarded an unprecedented $383,750 in grants to 11 local recipients, including three non-profit organizations and eight businesses. The funds were disbursed in the spring of 2021, and the turnaround time between soliciting applications and cutting checks happened as swiftly as possible.

“In terms of total losses here, I think it had to be over a million dollars, easily,” says Rita Mancera, Executive Director of Puente. “I mean, some places lost all their infrastructure, their equipment. Water lines were damaged. Those projects were worth thousands of dollars.”

The first round of applications was capped at $40,000 per grant, but with the support of the Silicon Valley Community Foundation, Puente almost immediately launched a second round. The grants review team, led by Special Projects Manager Elena Betts Barahona, wanted to cast as wide a net as possible and encourage a maximum of grantees to apply for funding.

It was the right move. Puente received another influx of applications, and in September 2021, wrote checks totaling another $334,108 for round two.

“I think the one big advantage here was speed. We wanted to get this money into the hands of the people that needed it as quickly as possible, and we consulted with partners at the Philanthropic Ventures Foundation, which gave us a lot of insight as we were going through the process on how we could move faster,” says Velligan.

It became painfully obvious early on just how much damage had transpired. The entire grant review team at Puente was deeply moved, sometimes to tears, as they reviewed photos and testimonials sent in by local applicants.

“It was just so graphic. It was really personal to read those applications,” says Mancera.

Adds Barahona: “In some cases, you couldn’t even tell really what was there before, because it was just ashes. The businesses really were these families’ life’s work. And just so much of it was just decimated, like completely gone.”

Pescadero is a small town on the South Coast, a pocket region beloved to many but also known to be vulnerable to floods, landslides and wildfires. It’s a place where neighbors band together in ham radio collectives, and many have received training for disaster events. They know from experience that when a crisis hits, it happens to everyone. So, support and mutual aid are paramount, and that’s never been truer than in 2020.

“People were not only trying to save their businesses or their organizations, but at the same time evacuating their homes or trying to prevent fires from encroaching on their homes. And so, although these grants were geared towards the business and organizations, we need to acknowledge that this has been such a deeply personal experience, and probably a very traumatic experience for most people,” says Barahona.

Likewise, financial assistance for core businesses and nonprofits has the potential to lift the whole region. It has a ripple effect on labor and the local economy, which in turn touches the service economy and ultimately boosts the health and security of our families and children in local schools.

Preparing for the next wildfire

The Fire Relief Fund fell into three categories: repair or replacement of direct fire damage (things like water tanks, tools and other infrastructure); revenue loss (such as financial losses from missed planting at the height of the harvest season and other things insurance would be unlikely to cover); and fire preparedness and prevention.

“Unfortunately, we all know that this is an ongoing threat, and so we wanted to be able to help support people in having some resources to be more prepared in the future,” said Barahona.

California’s lands have gotten exponentially drier in the past few decades, both in the summer and the fall. They now see 30 percent less rainfall than back in the early 1980s, according to the Stanford Woods Center for the Environment. The average number of extreme heat days is projected to grow due to climate change. And California’s Fourth Climate Change Assessment, published in 2018, found that the average burn zone across the state will spike by 77% by the year 2100 if greenhouse gas emissions continue to rise.

No one can future-proof the South Coast. But on a local level, Puente has made preparedness a major goal both internally and externally, by making education and workshops with local experts available to different populations. At tax time last year, Puente even provided a special organizer to participants to keep and grab their most important documents in case of an evacuation.

The message has always been that the South Coast is mostly likely on its own in an emergency, at least for a few days. Cole Mazariegos-Anastassiou figured that out pretty quickly when he and his team raced to save Brisa Ranch.

“One thing the fire really showed everyone on the coast is there really hadn’t been enough of a focus on fire preparation. It was always like, ‘Just call Cal Fire, Cal Fire will take care of it.’ The firefighters who were here were incredibly heroic, but there simply weren’t enough of them in this area during that time to protect the farms and homes here. Pretty much everything would have burnt if it wasn’t for people who stayed back, fighting the fires here,” he says.

A few days after Governor Newsom declared a statewide emergency and secured federal assistance for the CZU Lightning Complex fires on August 20, the amount of fire support increased, says Cole. He could call them when spot fires ignited over the next several weeks, and when a propane tank exploded nearby.

But he believes that farmers, ranchers and other business owners should be able to obtain a special permit or other dispensation from the state to allow them to defend their properties in the future – and that they should be given the right tools for the job.

“I think one of the issues we saw was a lack of ability to fight fire because of the tools we had. We had tractors and chainsaws, and that really made a difference — but we didn’t have water trucks, and that would have been a huge deal,” he says.

Puente’s Fire Relief Fund should help fill that gap, at least part way. And in the immediate term, the grant funding made it possible for Brisa Ranch to replace its lost infrastructure, get back up to full speed, and even hire some new people.

“Puente is incredibly important to our community. Puente fills in the gaps in services that are necessary to have our small community function. This fire relief grant is another example of that. The application process was easy. It was really important for our business to continue to operate smoothly,” adds Cole. “I want to emphasize how meaningful that is for us.”

Puente is very grateful for the generosity of individuals and partners who supported the Puente Fire Relief Fund since August 2020. 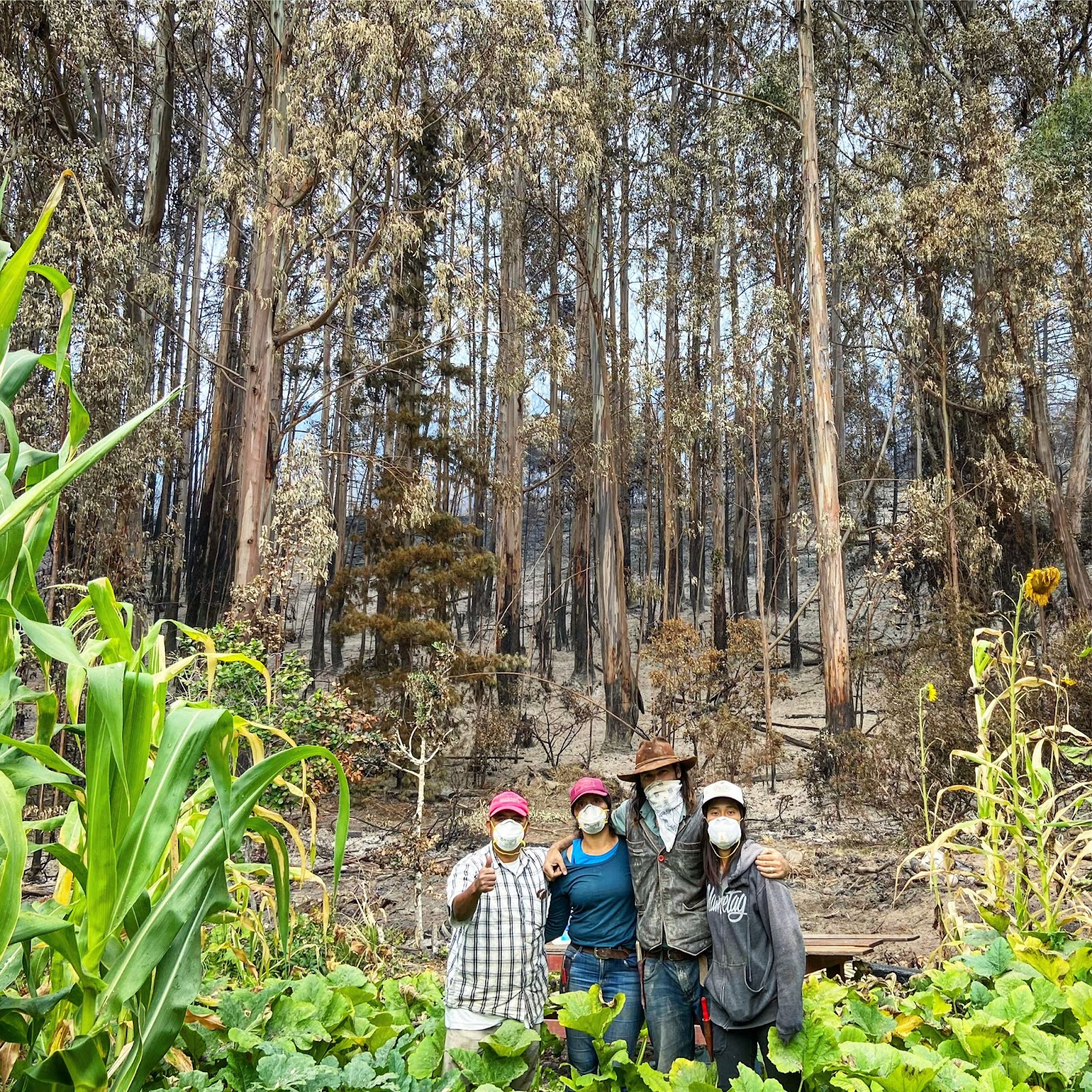